Race is used in medicine as a shorthand for how bodies work. Some doctors want to change that.

Race is used in medicine as a shorthand for how bodies work. Some doctors want to change that 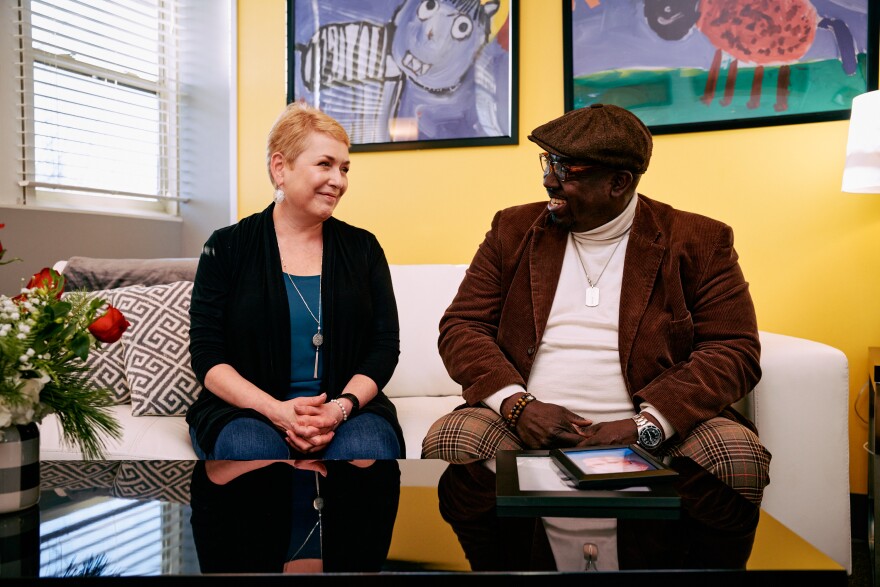 When Pat Holterman-Hommes read in 2021 that her former colleague, Alphonso Harried, was waiting for a kidney transplant, she wanted to see if she could donate one.

This story is a collaboration between Science Friday and KHN.

Several months ago, a lab technologist at Barnes-Jewish Hospital mixed the blood components of two people: Alphonso Harried, who needed a kidney, and Pat Holterman-Hommes, who hoped to give him one.

The goal was to see whether Harried’s body would instantly see Holterman-Hommes' organ as a major threat and attack it before surgeons could finish a transplant. To do that, the technologist mixed in fluorescent tags that would glow if Harried’s immune defense forces would latch onto the donor’s cells in preparation for an attack. If, after a few hours, the machine found lots of glowing, it meant the kidney transplant would be doomed. It stayed dark: They were a match.

“I was floored,” said Harried.

Both recipient and donor were a little surprised. Harried is Black. Holterman-Hommes is white.

Race is used in medicine as a shorthand for how bodies work. Some doctors want to change that.

Working with your clinician to make shared decisions for your care